A HISTORICAL INTRODUCTION TO AGRIGENTO

Agrigento was founded in the 6th century B.C. by the Greek Rhodians from the plain where the Valley of the Temples (one of UNESCO’s World Heritage Sites) stands today. It has had many different names: Akragas (Greek period), Agrigentum (Roman period), Kerkent (Arab period), Girgenti (in the Middle Ages), Agrigento (since 1927, Fascist period). 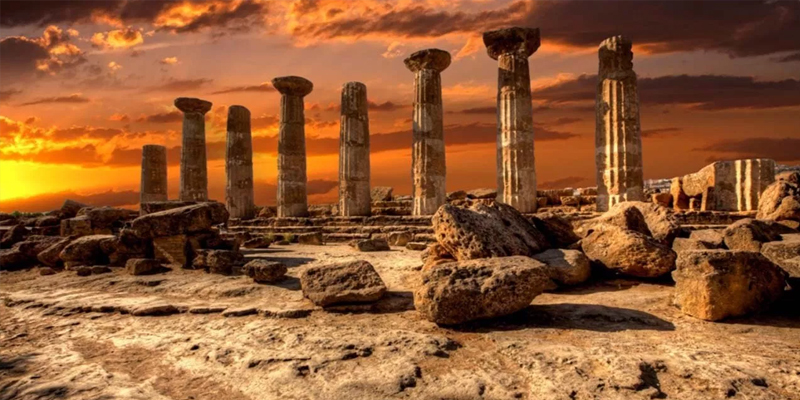 In the centuries B.C., there were three cities considered to be the most important on the island: Agrigento, Syracuse and Imera (an area that now partially coincides with the province of Palermo). One of the earliest known tyrants was Theron, who, together with the tyrant of Syracuse, was able to maintain rule over all three cities for a long period. In 460-470 B.C. in Agrigento the people decided to institute democracy instead of tyranny, although in 314 B.C. they had to return to tyranny under the rule of the City of Syracuse. Agrigento again became important in Sicily in 1817, during the Bourbon period, when Girgenti (the name of Agrigento at that time) became one of Sicily’s 7 chief towns (along with Palermo, Messina, Catania, Syracuse, Caltanissetta and Trapani). From 1922 Agrigento, like the whole of Italy, was under the Fascist regime, which ended in 1943 after bombing by the British and Americans.

Throughout its history, Agrigento has been particularly important for agriculture, sulphur mining and tourist-hotel activities (from the 20th century onwards). All in all, it was one of the most flourishing and important Greek colonies in the West. Testimony to this is the magnificent Valley of the Temples and the precious artefacts in the Griffo Archaeological Museum. Every tourist, in fact, begins his or her excursion in the Agrigento area with a visit to the Valley of the Temples.

Visiting the Valley of the Temples and Agrigento

You can do it by yourself, buying the ticket and visiting the archaeological area. But there is a great probability of not fully grasping the beauty and history of the area you are visiting. Most, in fact, limit themselves to taking a single walk ‘looking’ at the many temples built by the Greeks almost 2600 years ago. They miss out on more than fifty per cent of their visit. We recommend that you have at least a paper or audio guide, if not a ‘physical’ guide in your own language, which will explain to you, step by step, what is hidden behind the white remaining on some of the columns of the temple of Dioscuri, or the red remaining on the temple of Concordia. But the explanations will be of great importance, especially on the Temple of Zeus, which otherwise might seem to you to be nothing more than large boulders of tufa piled up on the ground.

The walk also does not lead to other places of great interest in the Valley of the Temples, such as the Hellenic-Roman Quarter, the Archaeological Museum ‘Griffo’ or the Gymnasium. Moreover, just recently, important discoveries have been made such as the discovery of the Ancient Theatre of Akragas, the Roman Temple and the Baths of Akragas.

But stopping only in the archaeological area would be reductive and incomplete. 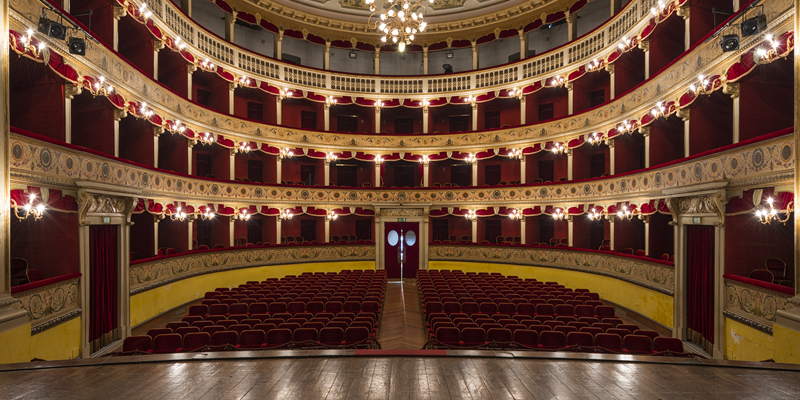 The city also has much to show. Beginning with its historic center, built first by the Akragantines, then by the Arabsandagain by the Spanishand the French. A culture that has undergone so many denominations that it has changed the style and habits of its inhabitants many times. From Agrigento history has passed many times, from that of the Greeks, the Romans and the Carthaginians to the more recent history of the Chiaramonte, Garibaldi’s thousand, Fascism or the Allied landings in Sicily during the Second World War. All have left a sign of their passage that still deserves to be known and seen, as is the case with the Church of Santa Maria dei Greci, the Cathedral or the Mudia or Diocesan Museum.

But there is also a lot to see in the centre, such as the Pirandello Theatre, the Porta di Ponte, the Via Atenea and the Monastery of Santo Spirito, and you can help yourself with specific maps. Seeing the Valley of the Temples and not seeing the city would be like going to Paris, seeing the Eiffel Tower and not seeing the rest of the city. Agrigento and the Valley of the Temples are one and the same. They are connected in many parts, like at the Church-Sanctuary of Demeter or the Pezzino Necropolis, but especially at Santa Maria dei Greci.

For all this, the visit must be complete and not partial.